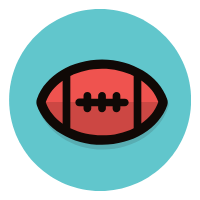 If you don't already love sports, we hope that by the time you have finished checking out our cool new blog, you will at least be slightly more enthusiastic. We will be checking out sports such as fishing, sailing, golf, soccer, and much more. We aren't professional sportspeople but we are pretty damn clued up about all kinds of different recreational and sporting stuff. We have put a lot of effort into this blog so we hope that you enjoy reading the things we have posted here. Please be sure to bookmark this blog so you can come back soon!

If you are thinking about getting into martial art …

Martial arts are often seen as a very vicious and …

There are several scenarios in which you should bo …

The boating industry has come a long way since the …

If you have decided to host your wedding reception …

If you are thinking about getting into martial arts and leaning towards Brazilian jiu-jitsu, you are making a good decision. Brazilian jiu-jitsu, or BJJ, combines martial arts and combat sports. Thus, you will encounter a lot of grappling, rolling, and ground fighting, which will help you handle different scenarios. That said, starting BJJ can be both exciting and daunting because there is much to learn. Although patience and hard work build confidence and gradually improve performance, you can accelerate the process by following the tips below.

Unless a BJJ student wants to become a professional, sparring is optional, and an instructor will not force them. Although professional BJJ instructors understand that some people are not open to sparring, they encourage it because it helps you practice what you learn in class. How else will you know how to apply jiu-jitsu moves in real-life situations if you have never tried them in class? A sparring partner allows you to identify your weaknesses and strengths, particularly if you spur with an experienced partner. It also provides an opportunity to correct your mistakes during training. Most students who are reluctant to spar fear that they might get injured during sparring sessions. However, you should not worry about injuries because of the 'tapping out' or surrender feature in BJJ. Tapping the floor or spurring a partner's body signals them to release their grip, allowing you to disengage from an uncomfortable position. It goes a long way in preventing injuries when sparring.

Start Training in a Closed Guard

Closed guard in Brazilian jiu-jitsu refers to a position where an opponent cannot stand or move away. Also referred to as a full guard, professionals use the closed guard position to wear their opponents out in competitions. Thus, one must think quickly to get themselves out of the compromising position to stand a chance. In this regard, BJJ instructors often advise students to start their sparring sessions in a closed guard position. Over time, you learn to think fast and creatively to get yourself out of a lock. Besides, it prepares you well for unexpected moves that an opponent might execute during competitions.

As mentioned earlier, BJJ comprises a lot of rolling; therefore, you will be spending most of your sparring sessions on a mat. Instinctively, people act fast in fight situations, but doing so can be counterproductive to your BBJ lessons. Instead, you need to learn to slow roll during sparring situations because it allows you to feel the transitions in different combinations. Overall, slow-rolling develops muscle memory, meaning your body will automatically move to a certain position to counter a specific attack from an opponent.